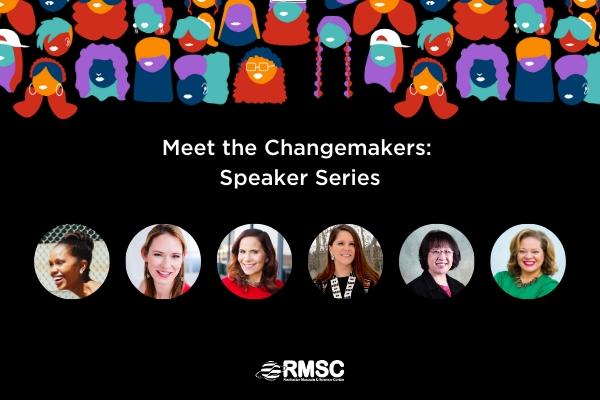 Listen to the stories of regional Changemakers and be inspired to become a Changemaker in your own community. Join us for our new speakers series to meet women featured in our exhibit, The Changemakers: Rochester Women Who Changed the World. Listen and learn how these women broke barriers in their respective fields, creating innovative solutions to long-standing problems and amplifying their own voices and others that deserve to be heard. While their work is groundbreaking, admirable, and sometimes seems larger than life, you may learn that these women are just like you and that becoming a Changemaker isn’t as impossible as you may think.
Please help us keep this calendar up to date! If this activity is sold out, canceled, or otherwise needs alteration, email mindy@kidsoutandabout.com so we can update it immediately.

All events will be held virtually via Zoom. Zoom links will be sent to attendees following registration.

From the Pearl to the Big Apple to the ROC: A Mother’s Legacy of Love and Perseverance, to Build Bridges, to Make a Difference, to Forge New Paths, and Continue to Rise.

Mimi’s a Changemaker because of the inspiration of her mother and all those who came along to push, prod, prune, encourage, inspire, and mold this clump of clay. After a childhood trauma, she was determined to understand why people did what they did, to create new perspectives and thinking, and to move from asking "why" to asking "why not?". Not taking no for the final answer, she found creative ways in which things can get done. It just requires rolling up one’s sleeve and thinking beyond the box into the realm of possibilities.

Through stories, some comical, she will share highlights of what shaped her, how things really happened, and how the law of unintended consequences can be a good thing. Just by asking a question, she got to start an employee affinity resource group, a new scholarship award committee, curate an exhibit, produce a documentary, introduce a lion dance troupe to start the American Heart Walk, put all kinds of Asian American and Pacific Islander (AAPI) dances on Frontier Field, and many more. These stories will highlight the growth of the AAPI community in the last four decades and the efforts to make the community more visible and part of the tapestry of the Greater Rochester community.

Learn how Alexis Vogt, PhD, Endowed Chair & Professor of Optics at Monroe Community College, is breaking boundaries in the optics and photonics industry and creating pathways for young people to thrive in the field. Alexis will share her experiences raising three young children while working full-time to lead the world’s oldest optics technician training program. She will also detail her efforts to overcome barriers and encourage more diverse candidates to pursue careers in optics and photonics by sharing her own successes and struggles.

*Times, dates, and prices of any activity posted to our calendars are subject to change. Please be sure to click through directly to the organization’s website to verify.